Well, this will get the Planet X believers intrigued. Regardless, sounds like a neat UFO sighting. Someone captured a red ball with a ring around it on their camera phone, right by the sun. It wasn't visible to the naked eye, but showed up in his camera over a period of a few nights.  Could it be a simple lens flare? The local Action 4 News of Rio Grande, TX, is all over it.

Check out these comments:
its a ufo or something strange. i seen it too. Go outside after 11 pm, When its really dark, You can see something in the sky that keeps blinking & turns red sometimes. Its strange!

As an expert in both photography and UFO's, I'm sad to say this is merely a lens flare. He can re-create the phenomenon again any time he uses this camera, though the colors may be different. If you want the truth on UFO's watch this: http://video.google.com/videoplay?docid=6552475158249898710# You can also google to read files released from various other countries, including UK, Sweden, Canada, China, Russia, France, NZ, Brazil and many others. The USA still has most evidence under lock and key, feeling disclosure will bankrupt oil companies and end jobs once free energy is utilized across the board.
Posted by UFO Inquirer at 11:18 AM 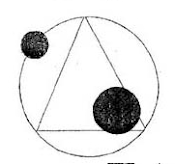